Fundraising is a pain in my ass....

When I agreed to take on the challenge of cycling 80 miles a day for four days solid from London to Paris, I only envisaged the delicious red wine, cheese in abundance, picturesque scenery, sunny days and chatter. Short sighted perhaps? Well I guess that's me all over, thinking about the great times ahead while brushing over the hard training I would need to endure. And endure is the word.

Cycling, like most sport, doesn't come entirely naturally to me. I'm a good all rounder, but the only sport I'm fanatical about is shopping.

Since my training began, I've realised that cyclists are indeed fanatics, you'd have to be to get back on your bike after a day in the saddle. Everything hurts. Not in that satisfying "I've just done an hour workout so I can drink wine guilt free" hurt. I mean aching pain, back achingly, bum achingly, shoulder achingly aches like never before pain (not child birth achingly pain obvs, wouldn't want to give the boys that gift) but sore.

Every training ride in the rain, and there have been a fair few, every time I've smothered my ass with "chammy cream" (it's a thing and quite acceptable in the cycling world) every mega climb I've thought I would loose lung capacity and pass out on, every photo of me looking bloody ridiculous in my helmet has all been in preparation for this event.

Not only has there been physical hurt to contend with, but the sheer embarrassment caused by wearing Lycra is not to be sniffed at. No one looks good in Lycra. *This is a fact and cannot be argued with. I also firmly believe that wearing Lycra puts a good 7lbs on your legs. It's utterly gross. Even worse than wearing Lycra is the knowledge I have somehow become an expert on good kit and bad kit when indeed *fact, most kit is bad.

There is a language in cycling, a code in which a cyclist speaks to determine if you are a "real" cyclist or not. Here's a quick guide on how to spot a "fake" cyclist:

Q: How far have you travelled?
Fake: 40 miles

This is incorrect, you have ridden 64 km's. No cyclist worthy of his salt speaks in old money.

Q: What route did you take?
Fake: Just a loop near my house only had an hour or so.

This is incorrect for many reasons.

I talk like this now. I'm not quite a social hand-grenadine just yet, but seriously borderline at times. I've become one of those people that in a previous non-cycling life I happily ridiculed as they clip clop their 7lb heavier Lycra clad bods into cafes, desperate for cycling fuel (black coffee, flap jack).

I knew things had gone a step too far when I recently went with my friend to Cumbria (hills galore, cyclist paradise) for a two day training session. This was really code for ride our bikes for a bit, get drunk. But instead I swapped my faithful Rioja for camomile tea because I was too exhausted to move or speak and went to bed at 9.30! Merde! *pardon my French, getting in a petit amount of practice.

I've ridden and moaned my way through 1,291 km and climbed 10,357 meters in the last 6 months all preparing for this. I'm very nervous and despite all the training I dread the idea that I simply won't be able to pull it off. But (here's the cliche you've been waiting for...) it's all for a great cause! Or at least it had better be or I've become a cycling bore with a sore bum for nothing!!

As a company, we have decided to try and raise funds this year for Act for Wildlife. Jon, Matt and I have taken on a different cycling related challenge each. It's fair to say, they have loved the training a little more than I have!

Led by Chester Zoo, Act for Wildlife are a conservation charity leading the way in saving endangered animals and wildlife around the world. They are made up of a team of talented and expert people who are passionate about protecting our wildlife. The money they raise makes a difference to lots of conservation projects globally. But they can't do this alone... Together we can make a difference and RIGHT NOW is the time to Act for  Wildlife. 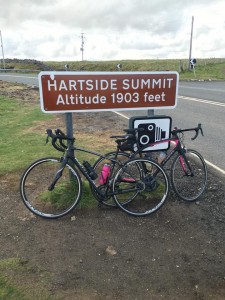 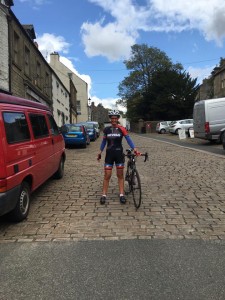 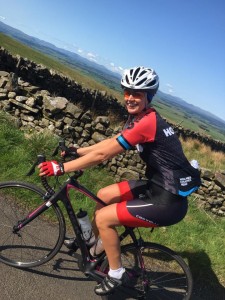 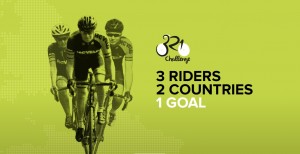 *Photo evidence to support my facts!

Written by Amy Townsend June of 2016