Some genuinely useful thoughts to get you through a crisis from Ultimate's CEO: a pretty ordinary entrepreneur who found success, but did it the hard way.

The Real Meaning Of Positivity And Self Belief 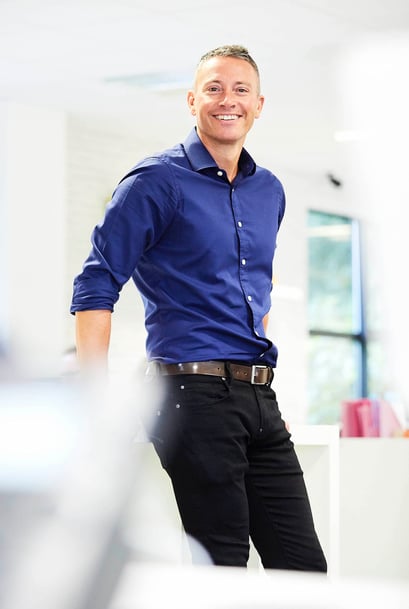 I’m an extremely positive kind of person. I know I am, and people tell me I am all the time. It’s just who I am, and I do appreciate that many people are not naturally this way. I also understand the fact that when someone says they’re a positive person, it can be interpreted in different ways. There are generally two types. There’s the type of “positive person” who goes through life rather out of touch with reality and convinced that everything will be ok if you’re nice and friendly, likable and energetic. I’m not talking about this sort of “positive person” (although there are loads of them and generally the world is a better place because of them).

What I’m talking about is very different. I’m talking about the type that has an innovative, alternative mindset. The type of person that looks at things differently and spots the opportunities in life, in business, and (most importantly) in people. I’m also talking about the people with belief. I’ve experienced success in business, but it’s only through a total belief in myself and my ideas that’s made it happen. And although I do acknowledge that I’ve now done ok, OMG did I do it the hard way. Which is why I’m (sort of) qualified to talk on the subject. These are extraordinary times and I think it’s weirdly my past business failures and many mistakes that make what I’ve got to say suddenly very relevant. So here goes…

As the Churchill saying goes, “never waste a good crisis”. If you’ve got the right mindset, then this is your moment. There has NEVER been a time like this to make a difference to your business or your performance at work. There are opportunities to be taken advantage of. You’ve just got to find them. If you think negatively about a problem, the opportunities never present themselves. But they are there. And the key is to think creatively and differently. Don’t think ‘What’s the worst that can happen’. Think ‘What’s the best that can happen’ and start to note down a strategy from there.

Thinking long-term is a scary thought right now, but the most experienced leadership teams out there are doing this and making tactical moves and changes to their business models that will set them up for the next decade. There’s an incredible opportunity for growth, with inaction being one of only a few risks.

Positivity is also contagious. People respond differently to positive people. Trust me. People buy people, and if you’re known for being open to ideas and for seeing the best in others, then I guarantee more opportunities will arise than not. Be a person with dynamism and assertiveness and have a drive that gets shit done. See what others can bring to your business and help them achieve their goals, not just yours. In fact, people with positive mindsets are often the ones that show the most resilience, toughness, and a resistance to adversity. The ‘snowflake generation’ is a very overused and unhelpful phrase to describe young people these days. And it’s quite insulting to our future generation of leaders and entrepreneurs. But the point is that you need to be able to take the knocks, take the downs as well as the ups, not take things personally and most definitely have the ability to brush yourself down after a failure, get back up and crack on all the stronger. The reason there are so few business owners is that it’s just so hard to make it work and you need extreme amounts of resilience… and belief.

“Every single person in their lifetime will have a £1M idea. Only the few will take action”

When you combine a positive mindset with self-belief, it results in an undeterrable focus on achieving goals. Don’t stop until you’ve completed that task, achieved that plan or made that sale. All too often business people chop and change great ideas and alter direction before a concept has even failed. It’s obvious very quickly when you’ve made a big mistake and need to change course. But quitting on a great idea too soon is more common than you might think amongst entrepreneurs. I find people are very quick to tell you something can’t be done or that you’re doing it wrong. When really you know exactly what you’re doing and the reason they’re unsure about it is that it’s probably new and never done before. You’re likely to be subconsciously disrupting a market or discovering a new service delivery method. This is scary to most people and they’ll be sure to let you know that in their own way. Stick to your guns. Do it your way and believe in yourself. Every single person in their lifetime will have a £1M idea. Only the few will take action.

“All this isn’t rocket science”, I hear you say. But you’d be surprised. Most people don’t do any of this. Seriously. Not many people know this stuff. It’s astonishing isn’t it. But it’s also an opportunity in itself. An opportunity for you to have a major competitive advantage in life. For free. Right now. Think of that!

Written by Matt Townsend May of 2020