In the second in our series of blogs looking at Manchester’s world renowned marketing sector, we look at why the city has become such a magnet for the best branding agencies in the country, including Ultimate.

Think Manchester, and straight away you think of brands. Mention the name of the city to pretty much anyone anywhere in the world, and you would not be surprised to have Manchester United or Manchester City fired back at you.

Catch a music lover, and they will talk about iconic Mancunian bands like Oasis, The Smiths or The Stone Roses. Talk to anyone in the UK with a television set, and they will associate Manchester with the nation’s favourite and longest running soap opera, Coronation Street.

Great brands and Manchester go together like fish and chips - Kellogg’s, Warburton’s, The Co-op all started out here. It should be no surprise then that the city is renowned globally as a hotbed of branding talent, with a thriving marketing sector teeming with dozens and dozens of quality branding agencies, from international houses to niche startups.

What makes Manchester so attractive to the best branding agencies in the country?

Manchester’s status as the UK’s second city certainly helps. With a GDP in excess of £65 billion, Greater Manchester has in the last two decades inched ahead of Birmingham in terms of population and economy.

The first city in the world to industrialise in the 19th century, Manchester is now home to a vibrant and diverse economy, particularly strong in the commercial, service, digital and creative sectors.

For many of the country’s best branding agencies, having offices in London and Manchester is a given, as they seek a presence in the country’s two largest and most influential city economies. It’s no longer unusual for a branding agency to start up in Manchester and build its client portfolio, experience and reputation there, before expanding into a second London office. In previous decades there has been much more of a one flow from London to Manchester. That national and international status has helped encourage smaller agencies to gain a foothold and flourish as well.

The drive to build a Northern Powerhouse, as well as the success of MediaCityUK, has further elevated Manchester’s profile. There is a clear appetite in the city and surrounding area to make the most of such  opportunities and prove that Manchester is more than capable of matching London in the quality of its output.

Investment in transport infrastructure between Manchester and other key northern cities, including Liverpool and Leeds, will further boost the allure of the region. Greater connectivity will boost productivity, encourage further collaboration and increase in investment in skills and training. 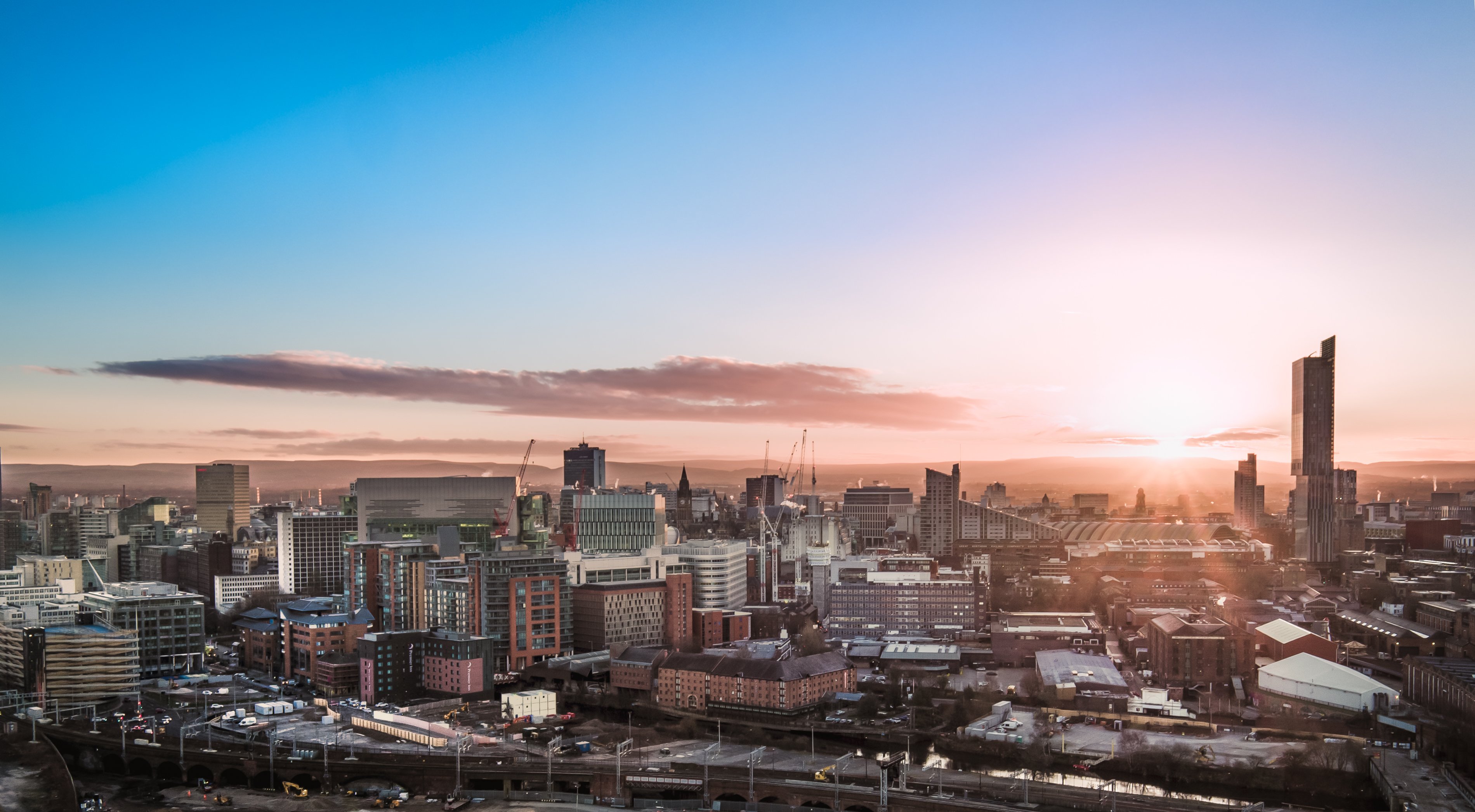 If the big firms are attracted to Manchester by the city’s thriving economy, then young talent is drawn by the career options available. Students looking for a path into marketing have plenty of choice on college and degree courses. The University of Manchester and the University of Salford both offer marketing degrees up to postgraduate level, while the Manchester Metropolitan University and Alliance Manchester Business School also offer courses up to degree level.

These education options compliment the size of the city’s marketing industry, of course. The Universities supply a steady stream of the very best young talent to the branding agencies, while students come to the city to study confident of being able to land a job.

A recent report that looked at the growth of the UK’s creative industries identified an 18% job creation rate in Manchester. As of January 2019, there were close to 7,500 more jobs in the creative sector in comparison to two years previously. In addition, the number of companies operating within the sector has risen to 9,183. There is plenty of opportunity for those looking to begin a creative career.

Cost of Living (and Running a Business)

Manchester might be second only to London as a city economy, but in terms of cost of living they are leagues apart. With housing costs a fraction of what they are in the capital, and a cheap, efficient, quick commuter transport system the envy of anyone stuck on the daily grind around the M25 or the packed London Tube, Manchester’s positive cost to lifestyle ratio is another big draw for students and young professionals. And it encourages people to stay, too.

Manchester’s proximity to the Lake District, Peak District and North Wales means it is ideal for those looking to escape city life and achieve a better work/life balance. Creatives often benefit from a change in scenery and the surrounding countryside of Manchester can certainly provide that.

For employers, the same applies to setting up and running a business. Lower cost of living means wages can be lower, while rental costs and even taxes undercut London drastically. This, of course, means Manchester firms can be highly competitive on pricing. It’s not unfeasible for a start-up to grow and develop to become one of the best branding agencies in the country. 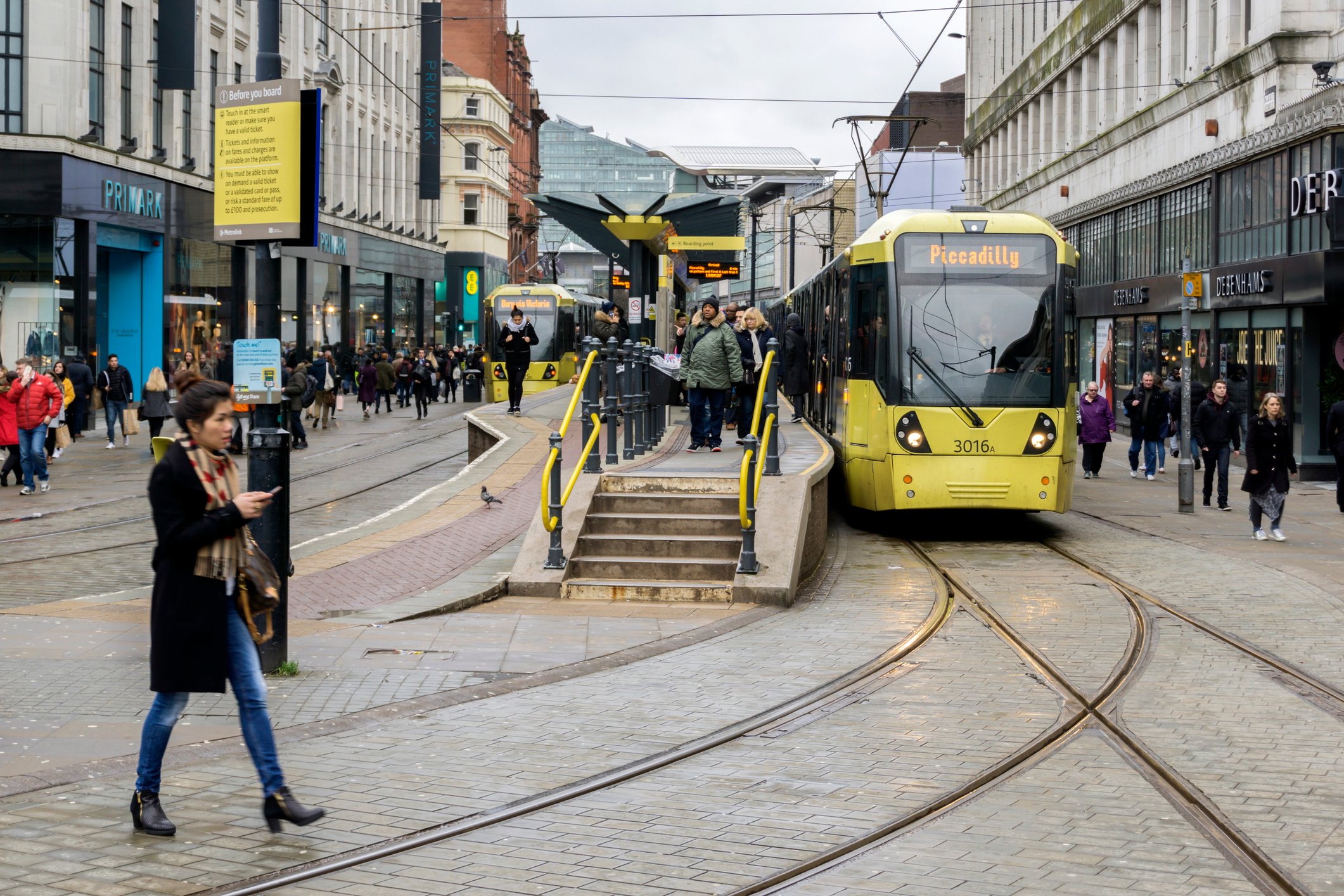 Economy, talent, living costs - all of these play their part in explaining why so many branding agencies are based in Manchester. But what really gives the city the X-factor in the creative sector is, well, the city itself.

Mancunians are nothing if not proud and confident, the city’s culture oozes a can-do attitude and the sense that whatever it is you want doing, we do it best. The city’s post industrial renaissance has been built on creativity, an entrepreneurial delight in trying new things, and the definition of a work hard, play hard lifestyle. Confidence, fun, creativity and a talent for capturing people’s imaginations - perfect for breeding branding talent.

Ultimate Creative is a web design, branding and digital marketing agency dedicated to putting the personality into brands. We are based on the outskirts of Greater Manchester in Knutsford. Click here to learn more about our range of branding services.

Written by Charlotte Green October of 2016