Today is International Women’s Day and to celebrate Manchester is renaming itself Womanchester! International Women’s Day is all about taking the time to celebrate the achievements of women right across the world, whilst also highlighting the huge gender inequalities that still persist within our societies, often without us even realising it. We might have a female Prime Minister but that doesn’t mean there isn’t more work to be done in alleviating domestic violence, period poverty, sexist behaviour and other gender issues.

Within the UK, Manchester prides itself on the historical achievements of women closely associated with the city. From suffrage to sport, science to literature, Manchester women have always been pushing the accepted boundaries of gender norms. Here are just a few of Ultimate’s Womanchester heroes. 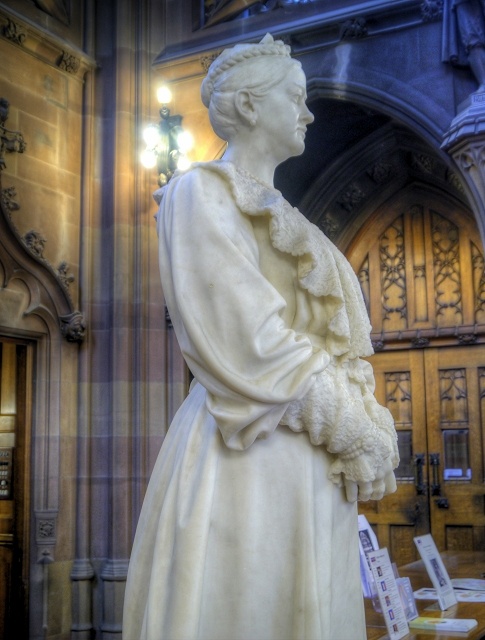 Few people have heard of Enriqueta Rylands, but you might know of her entrepreneurial husband, John Rylands. Thanks to Enriqueta, the gorgeously gothic John Rylands Library stands in pride of place on Deansgate. Opened to the public in 1899, this temple to learning rivalled the great libraries of Oxford and Cambridge. A keen Methodist, Enriqueta wished to honour her husband’s memory by making it easier for Manchester’s residents to educate themselves, particularly on religious matters.

In addition to building one of the country’s greatest libraries, Enriqueta also made considerable philanthropic donations. Never one to seek publicity, she would often give anonymously. As a thank you for her immense contribution to Manchester, Enriqueta was given the keys to the city in 1899, making her the first woman to receive such an honour.

As part of my History degree I was fortunate enough to be able to spend some time rooting around the library archives, learning all there is to know about this intensely private women. The impression I was left with was one of a fiercely determined widow deeply involved in every decision regarding the library, from the smallest architectural details to the choice of books to be purchased at auction. The Manchester Evening News obituary got it perfectly right when they observed that “every detail of the library came under her personal supervision”.

Sadly, all of Enriqueta’s personal correspondence were burned at her request. We may never know how much her incredible work was driven by a desire to secure her late husband’s legacy, or whether his name was simply a means of achieving her own goals at a time when women’s ambitions were far more limited by society’s expectations. 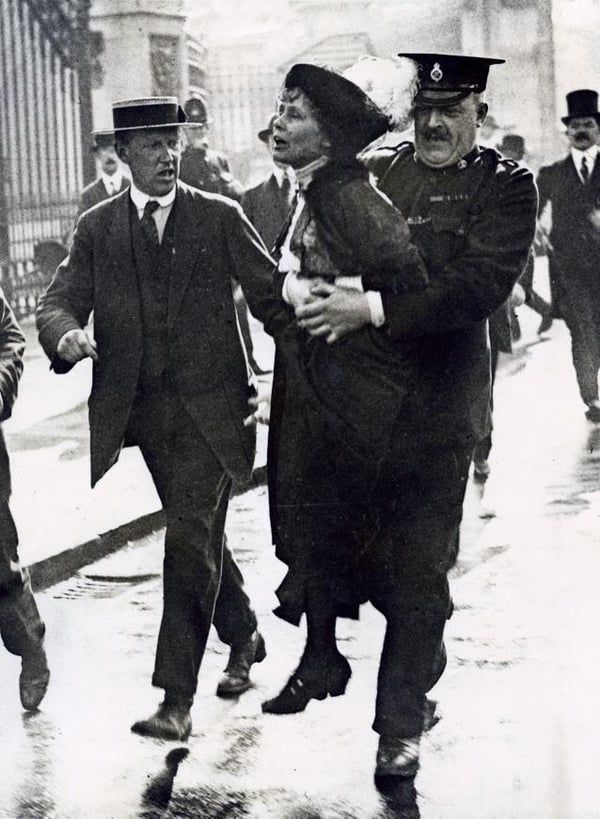 Arguably Manchester’s most influential daughter, Emmeline Pankhurst led the suffragettes in their fight to secure women the right to vote. Along with her activist daughters, she founded the infamous Women’s Social and Political Union (WSPU) in October 1903. Known for its more militant activities, including tying themselves to the gates of Buckingham Palace and breaking windows, the WSPU were able to significantly raise the profile of women’s suffrage in the lead-up to the First World War.

As punishment for her violent actions, Emmeline was jailed multiple times. Whilst in jail, she and other suffragettes continued their protest by going on hunger strike. This resulted in the introduction of violent force-feeding and the controversial ‘Cat and Mouse’ Act, under which striking prisoners could be released for treatment only to then be arrested again.

Emmeline’s activities were halted by the outbreak of war in 1914, during which she encouraged women to actively contribute to the war effort by filling the gaps left by men fighting abroad. In partial recognition of female wartime efforts, in 1918 the Representation of the People Act was passed in 1918, giving voting rights to women over 30. In 1928, the age limit was lowered to equal then men at 21. 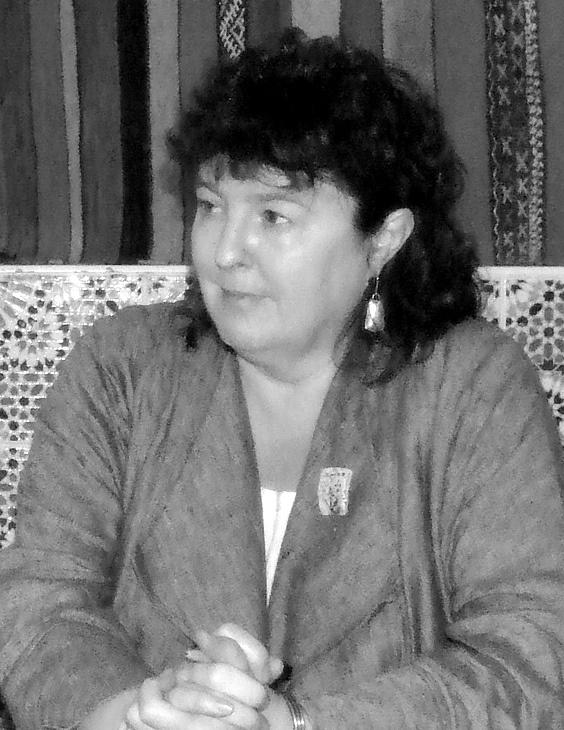 I was lucky enough to hear Carol Ann Duffy speak once when she visited my Cheshire school. I was blown away by her commitment to use her time as Poet Laurate to highlight feminist issues. Born in Scotland, she has made an indelible mark on Manchester during her time as Professor of Contemporary Poetry at Manchester Metropolitan University. Carol made history as the first female and first LGBT Poet Laurate. A personal favourite poem of mine is ‘A Little Red Cap’, which takes a modern day feminist viewpoint on the traditional tale of little Red Riding Hood.

Written by Anna Carruthers March of 2018