We are absolutely delighted to announce that Ultimate has been shortlisted for Best B2C campaign in the prestigious Northern Marketing Awards for our campaign ‘The Lanterns at Chester Zoo’ which ran in the build-up to Christmas 2017.

The ‘Lanterns at Chester Zoo’ campaign promoted the Zoo’s annual Christmas event, aimed at drawing in visitors during the traditionally quieter winter period, by offering a magical Christmas experience and the unique chance to discover the wonders of the Zoo at twilight. As the sun descended that night, a magical Christmas sorting office came to life and the Zoo transformed into an enchanting world full of illumination and spellbinding theatrical adventure. 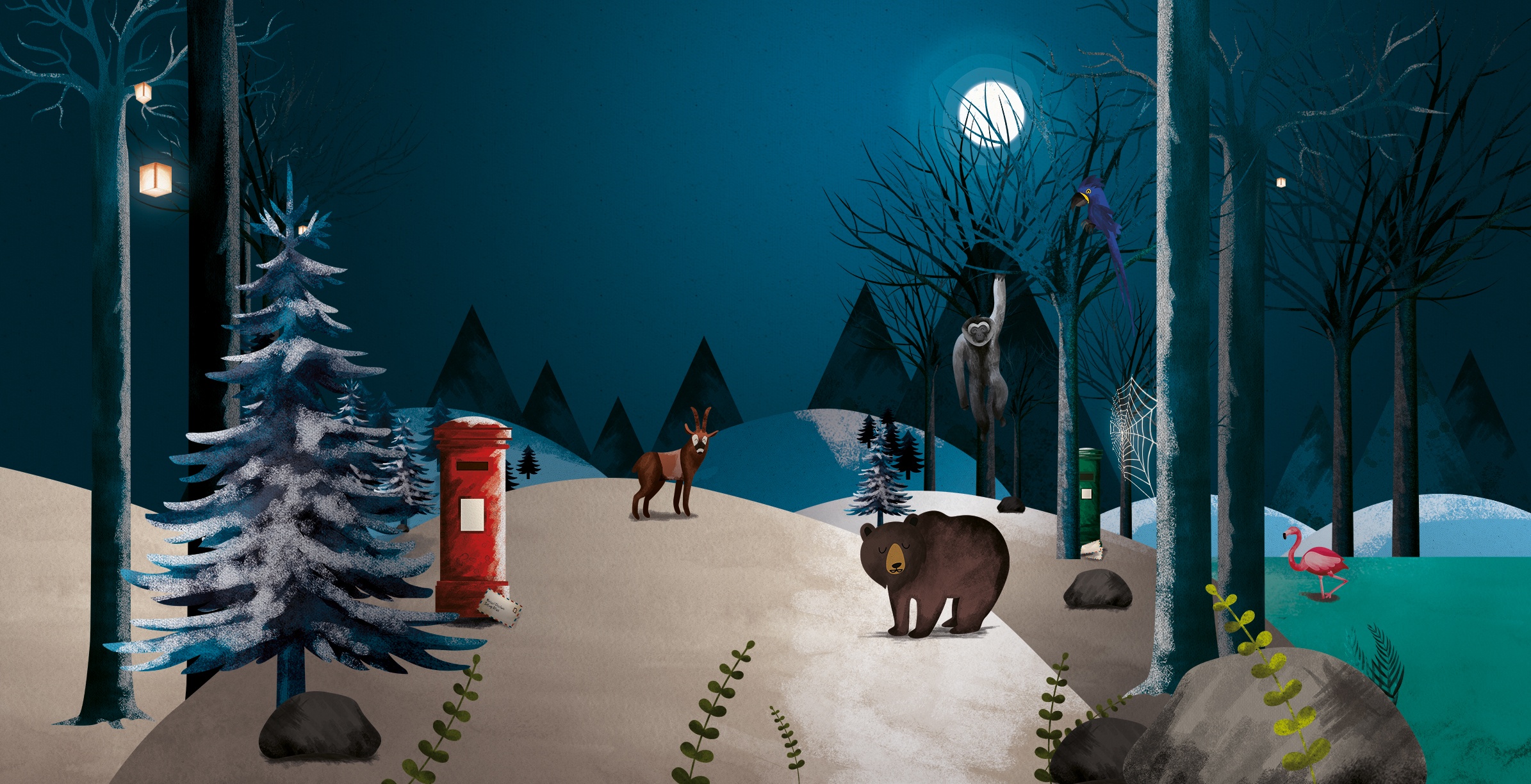 The challenge presented to Ultimate was to conceive a creative campaign which would market a recognisably Christmas experience, whilst incorporating the animal residents of the Zoo and highlighting the fantastic work Chester Zoo does as global leaders in animal conservation. Moreover, the campaign had to combine the more theatrical element of the event compared to previous years. In addition to the magnificent lanterns themselves, the event included exhilarating performances by aerial acrobats, musicians and roller skaters, all organised by Wild Rumpus . Ultimate also needed to link The Lanterns story with the Chester Zoo brand values, rousing both children and adult’s sense of adventure, playfulness and passion for discovering more of the natural world.

As well as envisioning the concept of the campaign, Ultimate created gorgeous artwork for offline and online advertising, including leaflets, two animated films and a microsite. Inspiration was taken from traditional and modern stories, such as Narnia, to create enchanting storybook-style illustrations which were based on the areas around the event. The ‘Silvery Gibbon Circus’ with gibbon lanterns hanging among live aerial performers was represented beautifully, with a cheeky swinging gibbon. We also featured creative for the ‘Spectacled Bear Airship’, ‘Hyacinth Macaw’s Nutcracker Suite’, ‘Spider’s Web of Light’, and the ‘Flamingo Lounge’.

Follow the links below to take a peek at the other wonderful work we did: 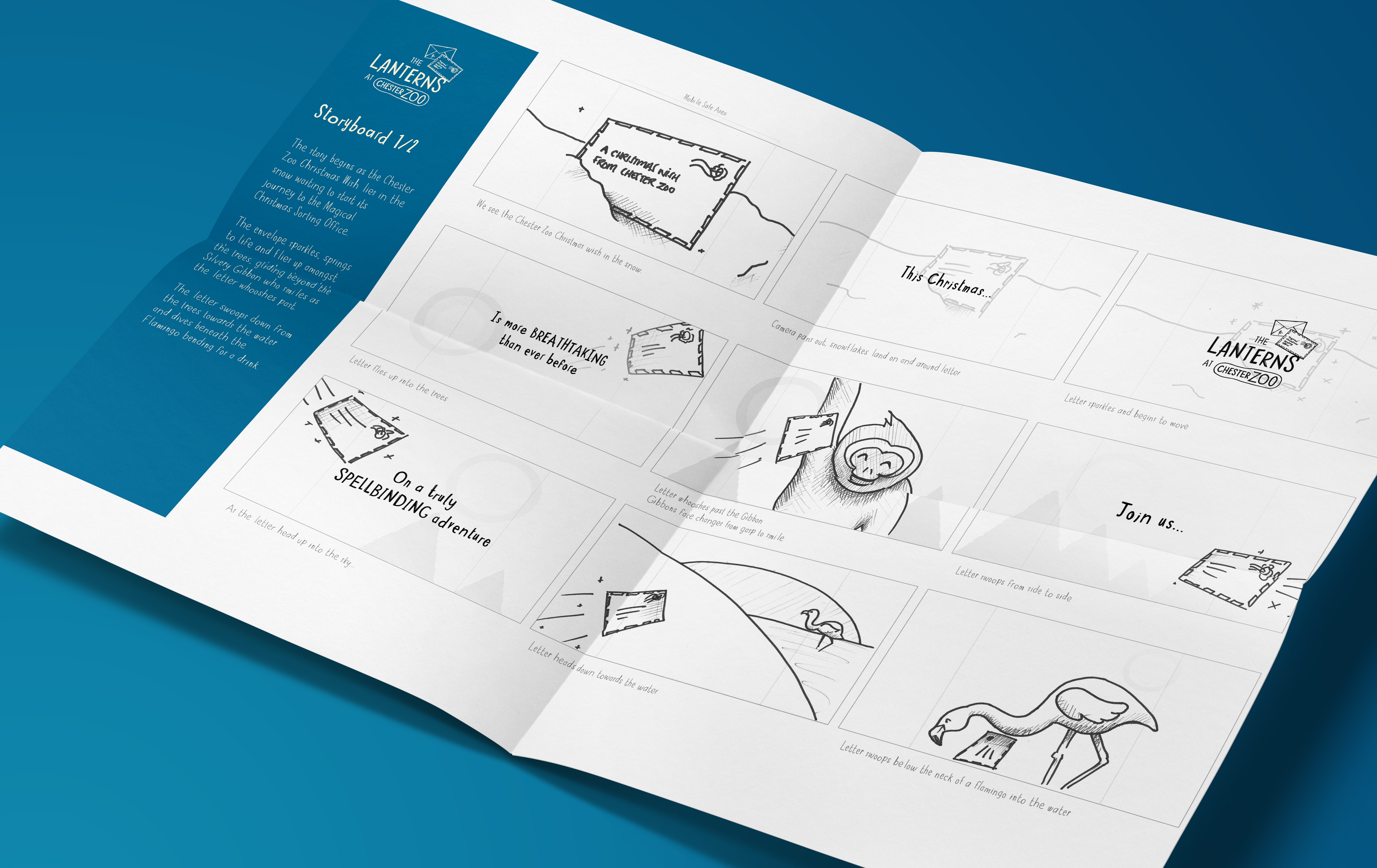 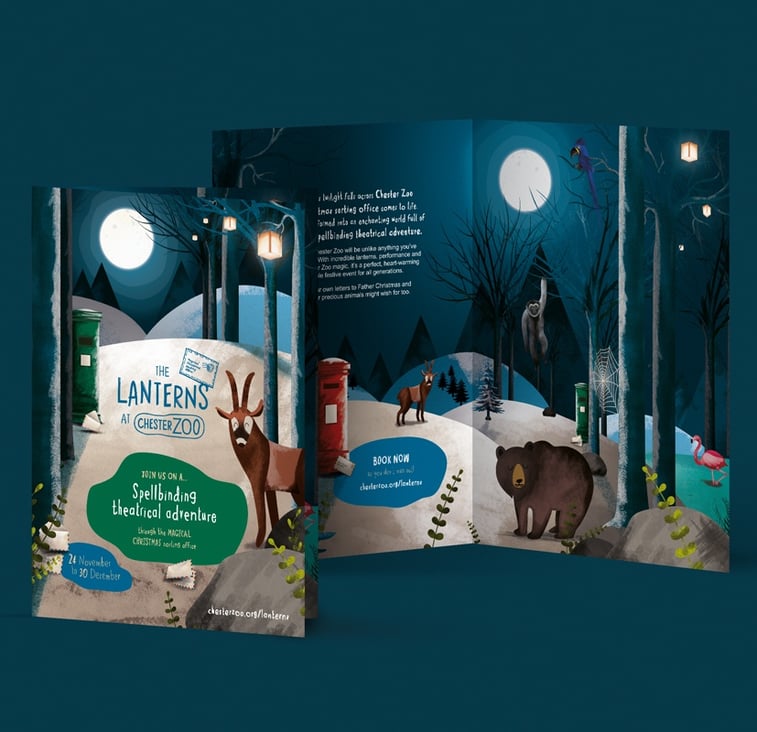 Ultimate are blessed to have worked on B2C campaigns for many of Chester Zoo’s events, and we relish partnering with them. Since we started working with Chester Zoo in 2015, we have got to know them inside out, adapting our campaigns to best suit their values, making sure that the work we do for them emphasises the amazing work they do around the globe towards preventing the extinction of critically endangered animal species and protecting their natural environments.

At Ultimate we strive to constantly push boundaries, to innovate and produce creative that the entire company can be proud of. Our creative delivered amazing results for Chester Zoo, not just in terms of numbers (a 34% increase in footfall compared to the last Lanterns event), but so far as visitor’s emotional reaction to the work we produced. The response was overwhelming, with feedback describing our creative as ‘beautiful’ and ‘wonderful’.