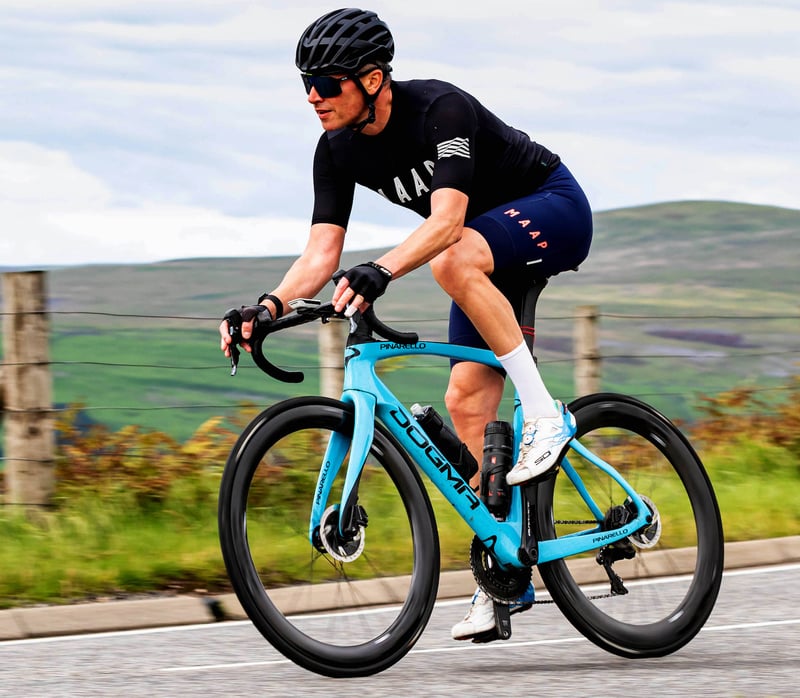 Matt initially announced his involvement with the Cure Leukaemia team and their Tour de France endeavours last year. Along with 24 fellow amateur riders, Matt and former England and Crystal Palace footballer, blood cancer survivor, and Cure Leukaemia patron Geoff Thomas will cycle the full Tour de France just a week ahead of the professionals to raise £1 million for the charity.

Matt was chosen to take part in the endeavour last year, which sees the cycling group tackle one of the world’s toughest physical challenges for the incredible cause of raising money for Cure Leukaemia, after Geoff’s own battle with the disease.

Matt, and the group of self-funded amateur cyclists will take on all 21 stages of the Tour de France route, just one week ahead of the professionals in June 2021, all with the goal of raising £1 million. After a 3-month prognosis in 2003 following a diagnosis with chronic myeloid leukaemia, Geoff received treatment from Cure Leukaemia’s Co-Founder Professor Charlie Craddock CBE. Following this intensive treatment, Geoff went into remission in 2004 and decided to raise awareness and funds with a physical feat like no other.

Having completed the full route of the Tour de France ahead of the professionals in 2005, just a year later, Geoff went on to complete the route again in 2007 and 2015. 2020, scheduled to be the 15-year anniversary of Geoff’s first trailblazing ride, was planned to be the group’s first and most sensational challenge yet - raising £1m for Cure Leukaemia to fund the national Trials Acceleration Programme (TAP) which the charity began funding in January. TAP allows patients to access potentially life-saving treatments for all forms of blood cancer through clinical trials at 12 blood cancer centres across the UK. The £1 million goal of the team meant that this network would have been funded for 12 months. Matt is the cycling team representative for the trials programme here at the Christie in the North West.

The postponement of the 2020 GT15 came as an understandable blow to Matt and his fellow riders, and of course Cure Leukaemia.

The rescheduling of the Tour de France to 2021 has given a second chance at their fundraising efforts. The team, alongside Matt, is dedicated to exceeding their previous £1,000,000 target and raising increased awareness of Cure Leukaemia at the same time.

Here at Ultimate, we are immensely proud of Matt and continue to be truly in awe of the extraordinary journey he and his fellow riders commenced in 2019, as part of this incredible cause. As a company, we will continue closely following and sharing his amazing progress with you all, as we support him in this incredible endeavour to raise money for Cure Leukaemia.

Follow Matt to stay up-to-date with his journey at @Ultimate_Matt on Twitter and _ultimate_matt_ on Instagram
You can donate to Matt’s fundraising efforts through his JustGiving page: https://www.justgiving.com/fundraising/matt-townsend-tour-de-france

Follow Geoff Thomas and his fundraising journey at @GeoffThomasGTF

Written by Cia Risbridger October of 2020